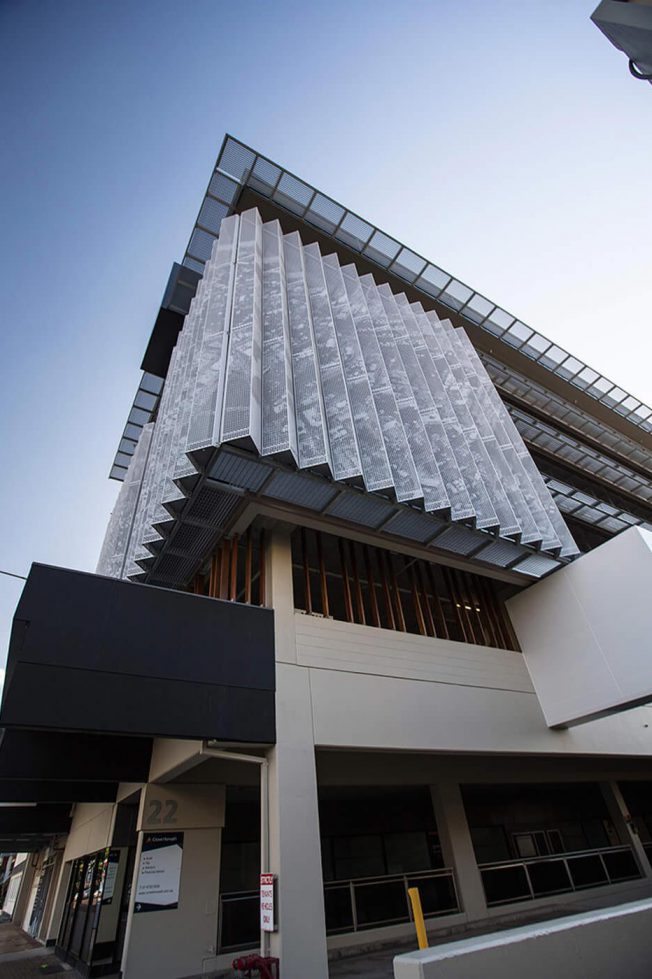 CA Architects were commissioned to investigate ways in which to improve the life-cycle costs of 22 Walker Street while recognising the need to improve its appearance. 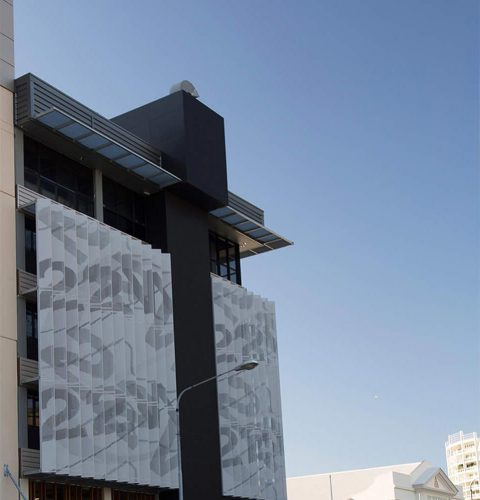 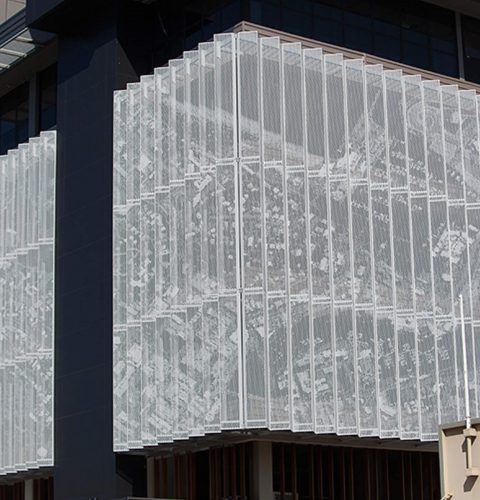 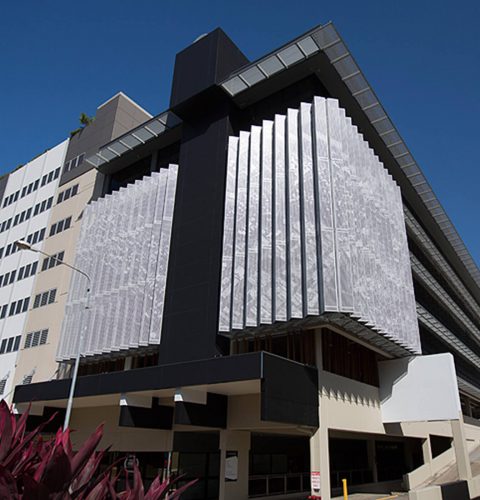 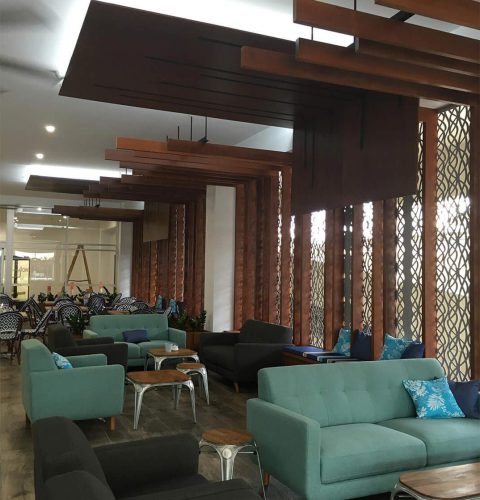 The building’s orientation and superstructure were fixed assets and were major drivers to sun shading solutions. By re-using the existing building rather than knocking it down and building new, the client and CA Architects have contributed to a more environmentally sustainable approach giving the building an extended life in the city with minimal embodied energy added, yet providing long term savings in energy use.

Sun shading was carefully designed to provide maximum benefit with minimum material usage. Trafficable shading devices were introduced for function and façade shading. The reduction of heat loads reduces the demand of the mechanical services ultimately resulting in a reduced running cost.  Late western sun presented additional pressure on the mechanical services, this warranted an alternative solution. Perforated screens were adopted to the North West aspect of the building providing to shade. Rather than dedicate this to tenant signage, it was thought a better solution was to design something ‘timeless’. The front sunscreen adds a layer of history to the façade by including a snapshot of Townsville as it is now, and the identification of the street number which is so often lost in a sea of billboards and advertising in today’s CBD streetscape.

Further improvements included removal of infill panels within the glazing systems which resulted in more natural light into the core and the refurbishment of the ground floor foyer including natural ventilation and a café tenancy which adds to the social permeability of the building.

The overall result ensured a contemporary finish to the once dated façade, and revitalising the building both in terms of street aesthetic and performance. During the construction phase of the project, close collaboration was achieved between the builder and the Architectural team. What was already thought to be an affordable, revitalizing refit, resulted in further savings through clever, detailed design and collaboration.